General Motors has signed a deal to provide 30,000 ventilators to the U.S. government for $490 million, the Department of Health and Human Services said Wednesday. The order is due to be completed by the end of August, months after the peak need for ventilators.

The agency said it expects GM to deliver more than 6,000 ventilators to the Strategic National Stockpile of medical devices by June 1. The mechanical breathing devices are needed to treat a wave of coronavirus patients expected to overwhelm hospitals in coming weeks. The cost per ventilator made by GM is about $17,000.

“We’re grateful to the GM team for working with the federal government to expand our nation’s supply of ventilators as the pandemic evolves,” said Health and Human Services Secretary Alex Azar.

“We will continue to explore ways to help in this time of crisis,” GM CEO Mary Barra said in a statement Wednesday.

The contract between GM and the government is the latest development in a weeks-long effort by U.S. automakers to change their automotive production lines into ventilator factories. General Motors has partnered with Washington-based Ventec, a relative newcomer to the industry, to mass-produce the devices in a GM plant in Indiana. Ford is partnering with Florida-based Airon, which makes portable ventilators generally used to transport patients.

President Trump ordered GM to build ventilators on March 27, invoking the Defense Production Act, a law that allows the U.S. government to force companies to build needed supplies during an emergency. In tweets, Trump slammed GM, imploring the company to “START MAKING VENTILATORS NOW!!!!!!” GM had already begun its effort, though, spurred on by a nonprofit called Stop the Spread.

GM said it plans to build the ventilators at cost, meaning it won’t take in a profit from the production of the machines. The contract covers the cost of the ventilators, 10 weeks’ worth of non-reusable equipment such as hoses for patients and renovations at its plant in Kokomo, Ind.AD

In a statement, company spokesman Dan Flores said GM and Ventec are “working with speed and urgency” to provide the ventilators.

Flores said GM plans to start volume production of its ventilators next week, though he would not say how many the company initially plans to make or at what pace.

Chris Brooks, chief strategy officer for Ventec, said the cost is higher than it might have been otherwise because it includes new tooling and setup costs. The price includes accessories such as bacterial filters and roll stands, he said.

The GM version of the Ventec ventilator has fewer features to expedite production, Brooks said. Ventec’s ventilators normally sell for an average of $17,000 but with a nebulizer, suction unit and oxygen concentrator.

U.S. hospitals, particularly in New York City, have been scrambling to find ventilators to treat the most severe cases of the coronavirus, which can cause patients’ lungs to swell up and fill with fluid, preventing them from breathing on their own.AD

Despite the effort and the deal signed Wednesday, many hospitals may still find themselves short on ventilators. The University of Washington’s Institute for Health Metrics and Evaluation said resource use in the U.S. will peak on April 11, culminating in a need for 16,524 invasive ventilators to support the treatment of covid-19 patients. New York state alone required 5,000 ventilators on Wednesday, the day the model predicted its cases would peak. The government has about 10,000 stockpiled, Trump said last week.

Consultants and analysts focused on automotive supply chains said car manufacturers are moving at record speed and probably couldn’t start pumping out ventilators any faster. Had they wanted to meet demand by the peak in mid-April, they would have needed to start earlier, when President Trump and other lawmakers were still downplaying the threat, assuring citizens that the virus would simply pass through without incident.

The bottleneck for production of the ventilators has less to do with the actual assembly and more to do with the inability to get parts in a timely manner. GM and Ford have been scouring their networks of automotive suppliers to find higher volumes of the hundreds of components that are used to make ventilators. 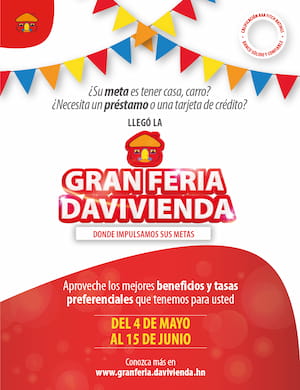